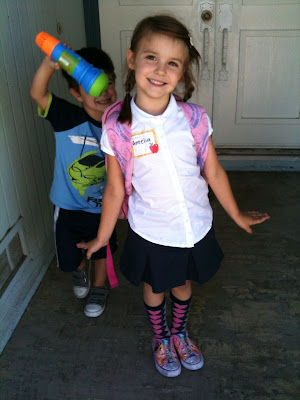 Lots of things have been happening around here lately. Amelia is officially a kindergartener. She was hesitant at first, and there were some tears the first week, but eventually she calmed down and now she loves going to school. We had a little hiccup when they moved her to a new class two weeks in, but she seems to be doing well. She was upset at first as she doesn't have her lunch and recess with the other kindergarteners anymore, they are out with the first and second graders. This class is supposed to be a bit more advanced, it's a K/1 blend and they are moving a bit faster than the other kindergarten classes. So far, she loves it, and I'm really happy with her teacher. 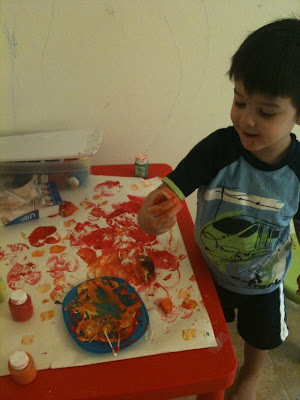 While Amelia is in school, Anthony and I are trying to do more activities so he gets some one on one time too. The picture above is Ant making an apple wreathe. We never got around to making the wreath part, he had too much fun making a mess painting with the apple pieces. He had a great time though! I'm trying to do at least two crafts a week with him, right now just working on having fun with the activites, although I want to start focusing more on things like shapes and colors (he knows most of them pretty well) and then move on to letter stuff. 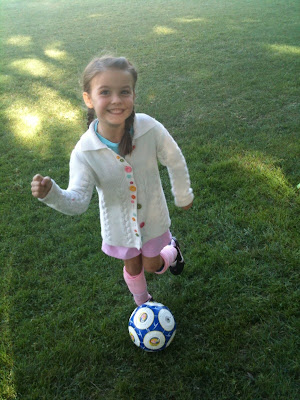 Amelia has started soccer. She had her first game yesterday and for the most part she loved it. She was a little whiney by the end, but that's what happens when it's 90 degrees out, the girl gets hot and she complains. lol. She kept asking if we could take a break and get ice cream. :-)
Posted by Stephanie at 9:46 AM