The new toy at my house is the Roomba. Now this is really a gadget for me, I can turn it on once a day and know that all the floors will get fairly clean. With kids and a cat and an older house, (with an old furnace/ac system) it seems like the floors are always dusty and have cat hair, and cheerios, and I hate sweeping and vacuuming every day. So anyway, I got a roomba and I love it. That wasn't the point of this post. The point is my kids also love the Roomba. They've named it. (Roomie the roomba of course!) Amelia thinks it's our new pet. I usually run it in the morning when she's at school so because she's home on spring break this week she's getting to see it work more. The kids have spent the last half an hour chasing it through the house. Now Amelia is singing songs about it. I love my kids. :-) 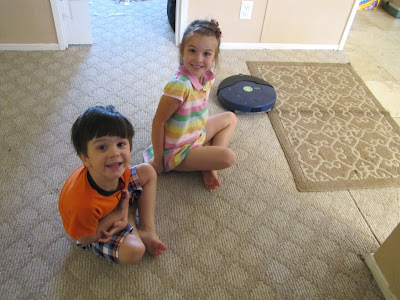 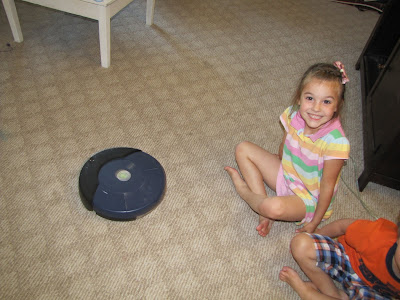 In hindsight it's probably a bad idea to argue with a CHP officer...

Last weekend I'm driving home from Orange County. It's just me and the kids in the car. We're driving along and I notice a California Highway Patrol officer following me. So, I check that I'm driving the speed limit and I try not to drive like a crazy person because I'm always a little anxious when I'm being followed by a cop. So he pulls up along side me for a while, then gets behind me again, then his lights go on. He's been next to me or behind me for like ten minutes by now, so I'm not too surprised to get pulled over. I make my way to the side of the freeway. Of course as I'm pulling over he gets on his loud speaker and tells me to take the next exit. So I do. At this point, Amelia is in a full on hysterical panic. After she heard him on the loud speaker she kinda went a little nutso. I'm convinced the girls suffers from kindergarten anxiety already, and things that are big loud and scary kinda freak her out a bit. So I pull to a stop and roll down the window. (Okay really I pushed the button to get the window down, really who rolls down a window anymore?) Amelia is still panicking in the back seat and Anthony is just asking (over and over and over again) what's going on Mama? I'm trying not to panic cause I wasn't doing anything wrong, and so I'm a bit concerned about why I got pulled over.

So he walks up to the window and I tell him to please convince my kid that I'm not going to jail, which he sort of tries to do a half ass job of, but whatever. So then he proceeds to tell me that he pulled me over because I was on the phone. First, I look at him like he's stupid, then I tell him, "No. I wasn't." He says, "yes, you were." And we go back and forth for a few minutes. I'm completely flabbergasted, as I haven't been on the phone, talking or texting or even picked up my phone, since I left the party in OC. By this time he's asked for my ID, which is in the trunk, so we're standing behind the car, on the off ramp at Green River. The kids are in the car in full on meltdown mode. So after we argue for a few minutes, he asks if I have a phone with me. I say yes, and offer to show him my call log. Of course he checks it out and sure enough my last call was an hour previously. Somewhere in there he asks if I'm sure I wasn't on the phone back by some exit. I didn't even get on the freeway until after that on ramp. I think this is when he figures out he made a mistake. He gets a little embarrassed, and apologetic, and keeps saying, "I could of sworn that was you on the phone."

He then looks a little sheepish and tells me I have two choices for getting on the freeway. I can either drive a few miles out of the way and turn around, or if I think I can make it safely, I can just cut across three lanes of traffic right in front of where we're parked on the shoulder and onto the freeway. Of course I chose option 2. How often do you get permission from the highway patrol to drive like a crazy person?

In hindsight, I probably shouldn't have argued with him. But it all made me wonder, how often does that stuff happen? I think there was probably another car similar to mine with a driver on the phone, the CHP was following, then I got on the freeway in between and he pulled me over instead? Who knows. I've always wondered how they keep track of which car is speeding, especially when they are pulling out from the side of the freeway. It's not like traffic is ever light on the 91... At least it was talking on the phone and I could prove it wasn't me. If it had been speeding or something I think I'd have been out of luck...
Posted by Stephanie at 7:59 AM 1 comment: 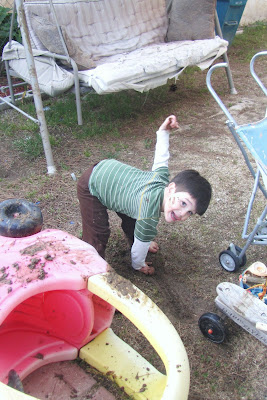 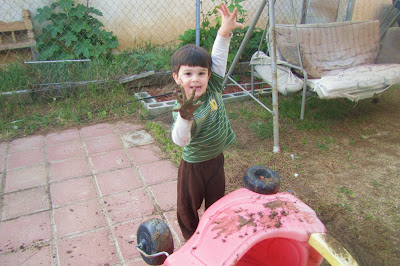 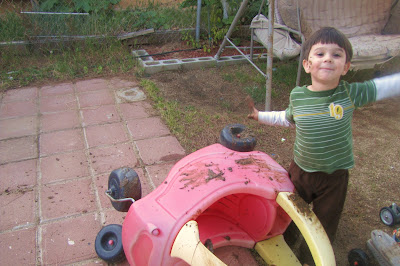 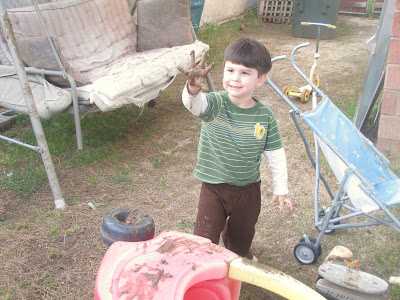 (Lets just ignore the ratty swing cushion in the background. Making a new cushion is one of my upcoming projects. I'll get to it. One of these days. Really I will.)
Posted by Stephanie at 8:03 AM 1 comment:

Email ThisBlogThis!Share to TwitterShare to FacebookShare to Pinterest
Labels: Anthony 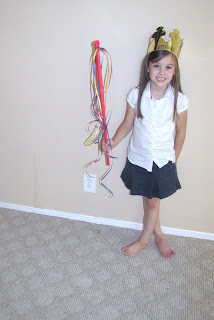 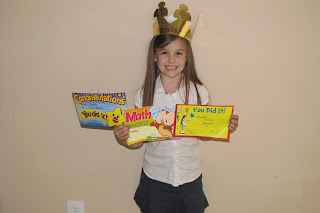 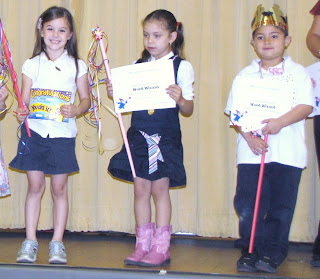 Last week Amelia's school had an awards ceremony for the second trimester. Apparently she has been busy at school and has reached all of her goals for the school year, so she got three awards. She was so very proud of herself.
Posted by Stephanie at 1:57 PM No comments:

Dinners this week are a bit of a hodge podge. I let the kids each pick a meal. I'm trying to clean out the freezer again and have a lot of random stuff in there (edemame and pork chops for example). I'm making less "yummy" stuff and more healthy stuff these days, so a lot of our favorites aren't making the cut. I'm trying to find a happy medium between the Amish breakfast casserole (a billion grams of fat I'm sure) and the chicken breast and brown rice type meals that aren't J's favorite. I've found some good stuff in cooking light magazine and on their website (everyone loved the Wasabi and Panko crusted Pork I made a few weeks ago.) I'm learning that it's mostly about moderation, and loading my plate with veggies anyway. That's a whole other post though. Here is our menu for the week. 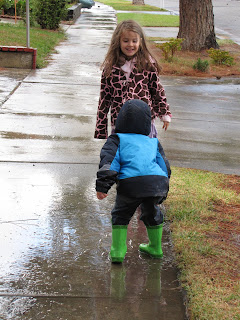 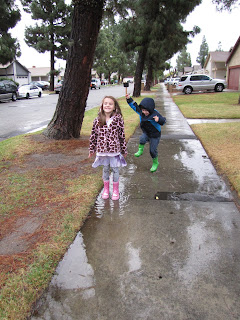 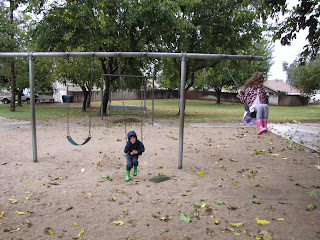 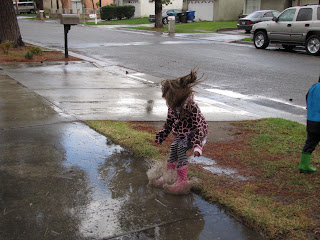 Posted by Stephanie at 8:07 PM No comments: