I think it's officially summer.... 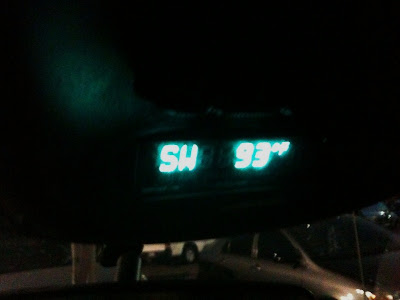 I took this photo last night when I ran to the store. It was around 9 PM or so, it was already most of the way dark out.

It's hot outside. Just a week or two ago, the temperatures were way below average, and it was really nice out. Overcast in the morning, the clouds would burn off in the afternoon and we'd hit a high of 75 degrees. Well that's all gone and now it's just flipping hot. I think we're supposed to hit 103 today. It's 10 AM and we've already been chased into the house. This is what we spent the morning doing. 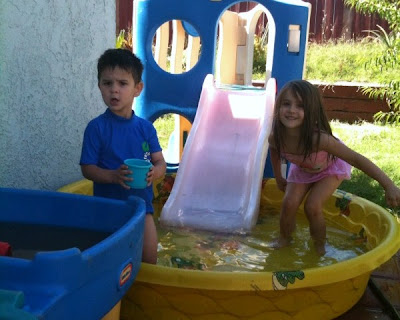 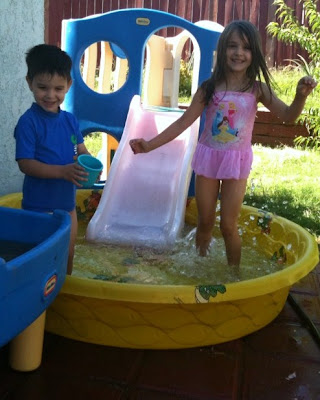 In the kiddie pool, in the shade. Summer has officially arrived, and we'll be doing a lot of indoor activities or going to OC where it's cooler until school starts. And speaking of school, what were they thinking? Amelia starts school the first week of August when it's often over 100 every day. Poor kids, I hope they have AC in kindergarten.
Posted by Stephanie at 10:05 AM