Did I ever post about our latest trip to the hospital with Ant? He was running around at the school and tripped, caused his sister to trip, and they tumbled over each other and he landed on the back of his head on the concrete. I heard his head smack and saw it bounce and knew the wailing was imminent. He screamed bloody murder. I took him into the office to get an ice pack. Then we realized it was bleeding and the lump was huge. Like it completely freaked me out how large this mass on the back of his head was in 2 minutes. One of the ladies in the office felt it ( I thought she'd reassure me that he was fine) and she said take him to the hospital. Go. Now. So we went to the ER. They were sweet and we were seen in a relatively short time. They took 4 X-rays of his skull, (possible skull fracture is not something you want to hear in regards to your child). Luckily the X-rays look good, they just decided it was closed head injury and maybe a mild concussion.

The doctor gave us things to watch for to make sure he didn't have a brain injury and his final words of advice were for the boy to avoid bouncing his head on the concrete for at least a week. I'm pretty sure this boy is gonna make me go prematurely grey. 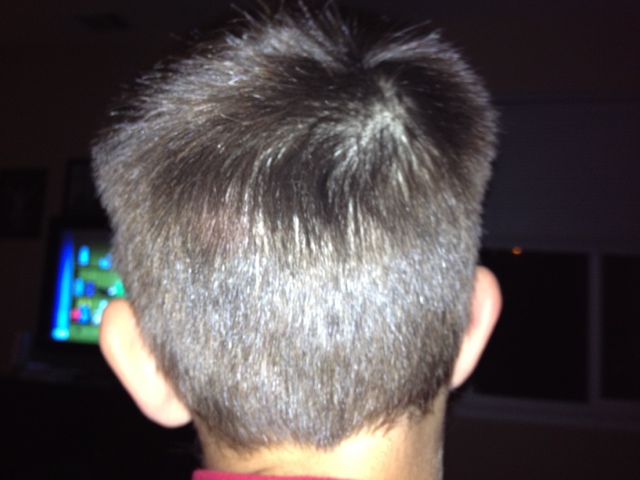 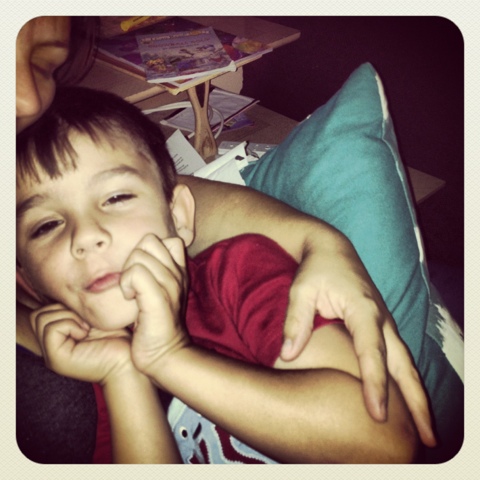 Posted by Stephanie at 9:54 PM

Email ThisBlogThis!Share to TwitterShare to FacebookShare to Pinterest
Labels: NaBloPoMo, The boy

I got a hematoma about the same age from a similar injury and they had to drain it. My skull is still misshapen in that area. Glad Ant is okay.