A few weeks ago a couple of friends and I took our kids to the Skirball Cultural Center in LA. They have a large museum there, and a huge Noah's Ark exhibit. The kids had an amazing time. I didn't get as many pictures as I would have liked because even with 3 adults and 3 kids, there was a lot of chasing going on! 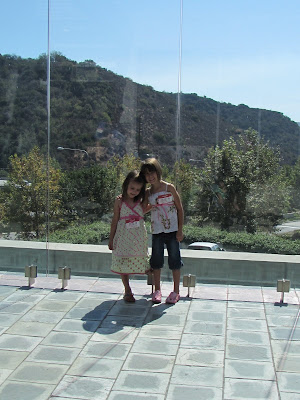 Amelia and Sydney out in another part of the Center. it was really beautiful up there. 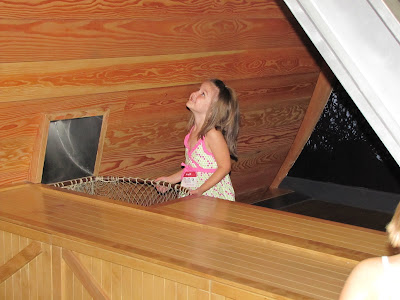 Waiting for the animals to drop out of the ark. Sydney was somewhere else turning a crank that carried the stuffed animals up into the ark. 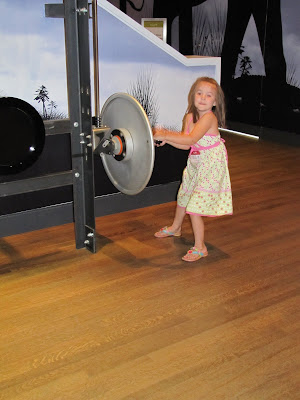 In this room there was all sorts of stuff the kids could touch and turn and make noise with. Many of the cranks and levers made noises or winds to represent the great storm. 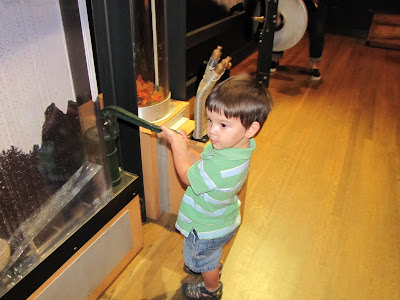 Anthony was making it rain. 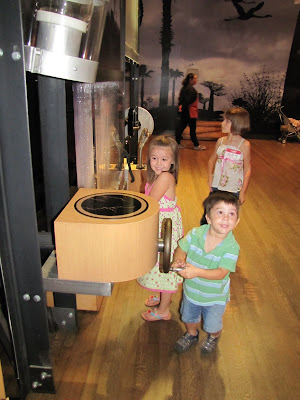 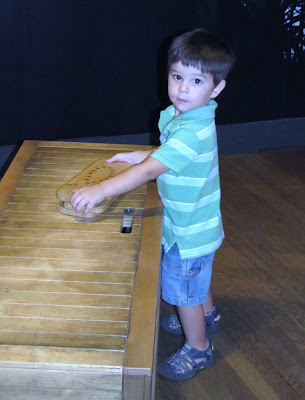 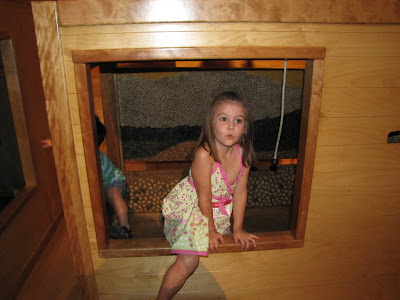 A small part of the Ark that the kids could climb in and out of. 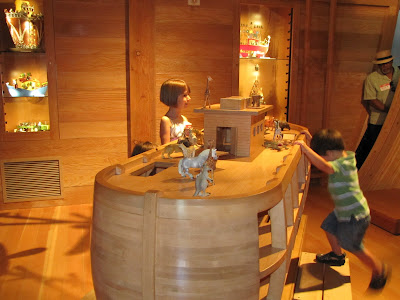 This was one of Anthony's favorite parts. It's a model of the ark, with a plethora of animals to play with and move around. 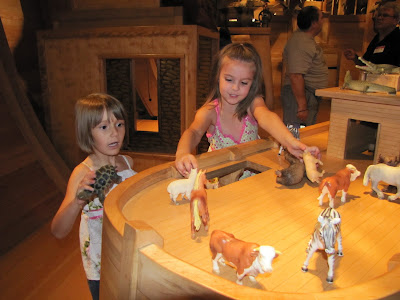 Amelia really enjoyed it too. 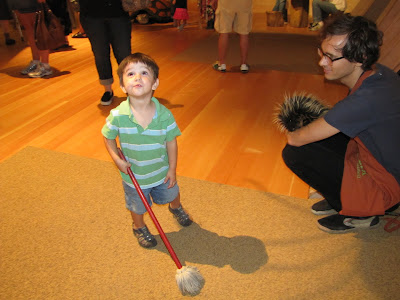 Anthony's favorite part though was the poop. With all of those animals there would have been a lot of excrement right? So they had a basket full of rubber poo from all different animals. The kids could dump out the "treasures" and they they used brooms and dustpans and mops to clean it up. It was really cute, even though it sounds gross. 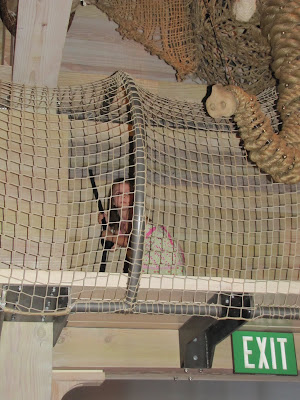 In one of the rooms there is a net tunnel. The kids climbed up in it, and the could go all around the top of the room. 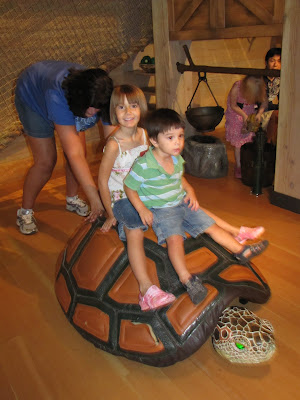 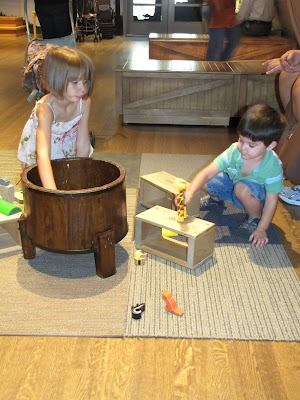 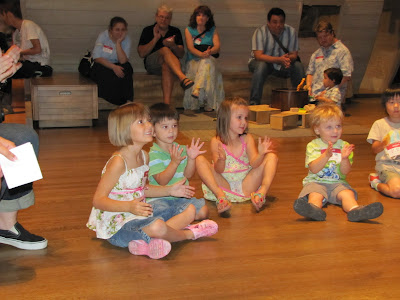 In the last room they had a little jam session. 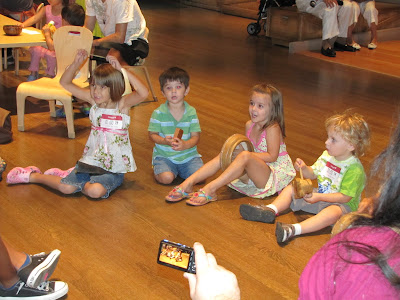 The kids got instruments to play and the employees played some drums. 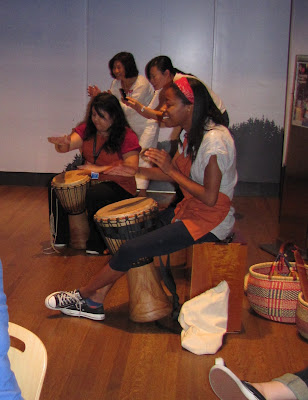 After we were done inside we went outside and the kids got to participate in an archaeological dig. 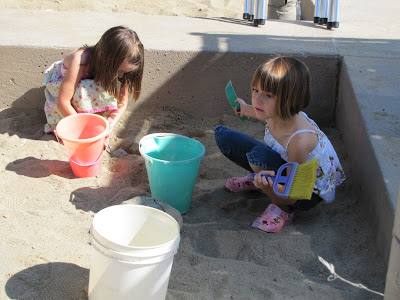 A couple sitting next to us had a little boy about Anthony's size. The father asked me if Anthony was also 3 ( like their son.) He was a little surprised when I told him no, the little man is 1. He's getting close to 2 though! 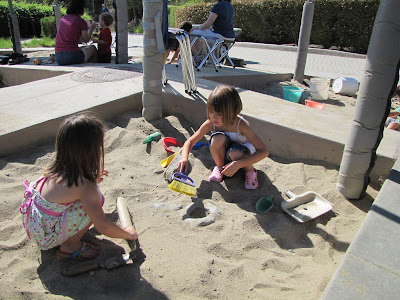 And the parting shot. In the stroller, with his bluh bluh, Ant was ready for a nap! 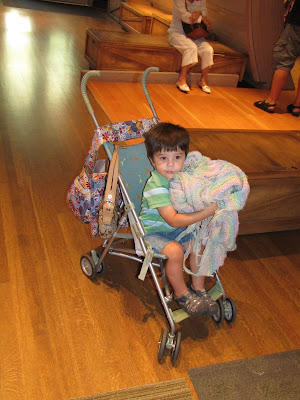 That looks like so much fun! You guys have so much cool stuff down there.

That looked like so much fun. Maybe you didn't get as many pics as you would have liked but the ones you did get are fabulous! Thanks for visiting my blog.

That place looks awesome! Great pics, looks like the kids really enjoyed themselves.